Knee Pain: Do I Need Surgery?

One of the most common orthopedic procedures performed in the United States is an arthroscopic partial meniscectomy, a procedure http://viagracanadausa.com/ that entails removing best writing paper a varying amount of torn meniscus. Currently, 700,000 procedures are performed annually with direct medical costs estimated at $4 billion.(1) You won’t have to look hard to find an individual who has received arthroscopic knee surgery for meniscus debridement or repair. It’s fairly common to “clean up the knee.” The number of operations performed has increased by 50% in recent years.(1) The question is… when do you pull the trigger or when do you choose conservative treatment? Let’s explore the research.

What is my Meniscus?

Your medial and lateral menisci are semi-lunar cartilaginous tissues that help disperse the weight of the body and reduce friction during movement. The menisci cushion and protect the joint from wear and tear during activities such as walking, running, and squatting. The outer portion of a meniscus is called the “red zone” due to its improved vascularity and blood flow. The inner two-thirds of the meniscus have less blood supply and is referred to as the “white zone.”

Tears to a meniscus include longitudinal, bucket handle, flap, or transverse. Meniscal tears are one of the most common cartilage injuries in the knee. Tears to the meniscus can be traumatic (twisting or pivoting injury) or a slow, gradual process (degenerative tears). Degenerative meniscal tears occur slowly over time and are often a result of improper gait mechanics, lack of flexibility, or muscle weakness. Twisting and pivoting, particularly in weight-bearing, can cause excessive shear force in the joint and lead to a meniscus tear (deemed traumatic). Unfortunately, our risk for meniscus injury increases with age since the meniscus weakens with time (as our strength and balance often decline too).

A menisectomy is a procedure that aims to trim back a frayed or torn meniscus. Although it’s much more difficult than the analogy implies, the surgery is comparative to clipping a hang nail on your finger. Although it’s a fairly common surgery, research has begun to shine the light on its effectiveness. In fact, some tears require no surgical management, particularly those in the aforementioned “red zone.”

An article by Yim et. al. found that a patients who received a meniscectomy for degenerative cares did not provide better functional improvements or satisfaction than a conservative, non-operative strengthening treatment group at a two year follow up.(2) Both of these groups had relief of knee pain, improved function, and a high level of satisfaction with treatment after two years.(2) Similarly, a randomized control trial by Sihvonen et. al. stated that there were no significant differences in outcomes between the arthroscopic surgery group and sham group for patients with degenerative meniscal tears without knee OA.(3) The key here is patience. Another study laid the timeframe of six months for surgical consideration. Published in the New England Journal of Medicine, a 2013 study found no statistical difference when comparing surgery and physical therapy vs. physical therapy-only outcomes.(4) These results are good reflection of the general population, as the subjects had MRI confirmed meniscus tears and osteoarthritis. The same study indicated that substantial improvements should be made by six months. For those who failed to show improvement (roughly 1/3), surgery should be considered.

These findings indicate that a trial of conservative management including physical therapy and exercise should be the first line of treatment for patients. A skilled physical therapist can help you improve your flexibility and strength to protect your knees, while discussing proper activity modifications to alleviate your symptoms.

Why Should I Consider Conservative Management?

Well first of all, the studies above indicate that conservative management of a meniscus tear can ultimately result in the same outcome. For some this equates to using less of their health insurance deductible, ultimately keeping thousands of dollars in your pocket. Second, conservative management may prevent further downstream degeneration to the knee. Fakuda et. al. stated that after a menisectomy, a significant increase was observed in the stress in the subchondral bone on both sides of the knee.3 It makes sense, doesn’t it? If you remove a shock absorber (your meniscus) the load will go to another structure (the bone). The increasing force and torque to the bone may ultimately lead to further deterioration and degeneration.

For those with minimal knee OA and meniscal injury, the most current evidence shows that conservative management is the best place to start. Your doctor and physical therapist will help guide you to the best choice to help you make the most informed decision, which will result in your best outcome. My intention is to not infer that menisectomies are not needed. Rather, this article allows you to peer through the eye of a conservative clinician. As the research indicates above, not all patients will succeed with non-surgical intervention, but more often than not, a little patience and hard work (rehab) can go a long way.

If you are suffering from consistent knee pain and would like to consult a physical therapist, click the link below to schedule your free discovery visit at Buffalo Rehab Group. 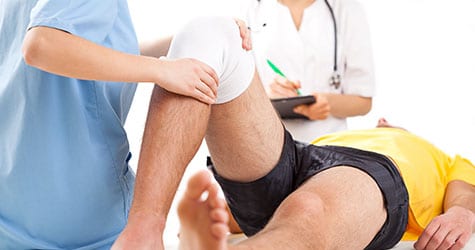 Protecting the Spine with a Hip Hinge 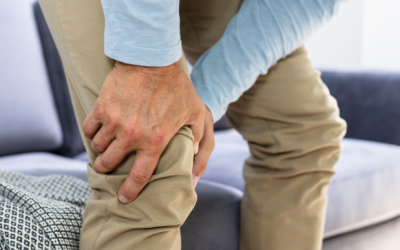 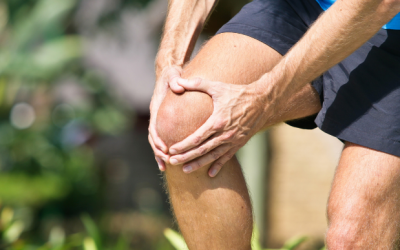 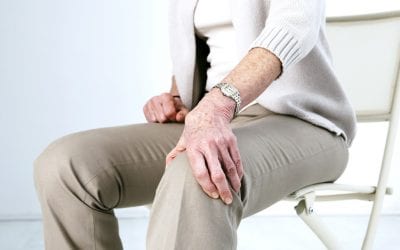 Try This Exercise for Knee Pain