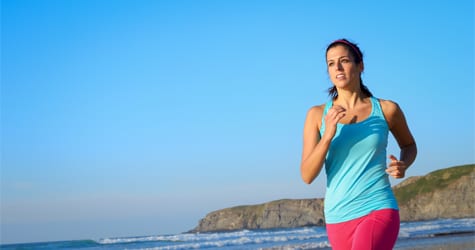 Let me share a few statistics found in the latest research regarding females. Female athletes are 2-8x more likely to tear their ACL than males (1). Women are 8-10x more likely to have SI (sacroiliac) pain than a man (2). One more? 44.5% of postpartum women experience low back pain within six months of delivery.(3) So what’s the deal ladies? Why are female athletes so prone to injury? Are our bodies just not capable of handling the rigors of running and jumping? Should we hang up our running shoes or cleats because our bodies just can’t hack it? ABSOLUTELY NOT!! I hope you saw that one coming. Rather than calling it quits, as females we need to understand our bodies and more importantly how to minimize our risk of injury.

Unfortunately, an increased risk for injuries begins young. Growth spurts are marked with rapid bone growth; however, the muscles have a hard time keeping up. Generally, this stage is classified as that “awkward, clumsy stage” for youths. One study found that pre-pubescent males and females had no significant difference in flexibility; however, during puberty 33.3% of females were hypermobile compared to 2.3% of male counterparts.(1) Clumsiness is inevitable, but its duration can be affected. Restoring and improving core strength in youths can help prevent injuries of the low back, knee, ankle, etc. for the young athletes.

Ligamentous laxity and weakness proximally, most notable at hips, pelvis, and lower spine, must be appreciated to maximize the risk:reward ratio. Ligaments are simply bands of tissue that connect one bone to another, providing support and stability. Unfortunately, young females are prone to ligamentous laxity, particularly young females who are going through puberty or have just gone through puberty (1). Ligamentous laxity can also occur during menses or the week leading up to ovulation (week after menses).(2) Finally, ligament laxity can occur during and after pregnancy.

Why do I care if a Ligament is Lax?

As previously stated, a ligament is a strong band of tissue that connects one bone to another. The ACL (anterior cruciate ligament) is an example of a ligament. The ACL attaches from the back of the femur (thigh bone) to the front of the tibia (lower leg). You don’t have to search high and low to find a young female who’s torn this ligament, likely requiring reconstructive surgery. This ligament helps stabilize the knee, particularly with landing from a jump or changing directions quickly when running. What you’ll find interesting is that injury rates for this ligament spike during menses. One study found by Slauterbeck et al. found that 25/37 athletes suffered non-contact ACL injuries the day before or after menses. The hormonal changes associated with menses is causing the ligament to relax, decreasing stability and increasing injury risk.

The ACL laxity example can be paired with nearly any ligament. When pelvis ligaments become lax, you lose stability at your spine and hips. An ankle ligament? The same thing. To add insult to injury (sometimes a literal injury), women are often subject to weaker core muscles. Weakness can often occur during growth spirts, during pregnancy, or for postpartum moms (more about this in our upcoming class). The core muscles are comprised of an array of abdominal muscles: the rectus abdominus, internal/external obliques, transverse abdominus, erector spinae, glutes and quadratus lumborum. Our core muscles function to stabilize the spine during movement, preventing high loads to the low back. When activated properly the core muscles enable us to generate large amounts of force without applying damaging loads to the arm or leg (throwing, running, hitting, kicking, etc.). Muscles paired with ligaments offer everyone support, so when one (or both) become compromised it can be a real challenge to lead an active, healthy lifestyle.

Much of what has been stated is out of our control. Hormones are hormones; however, recognizing and appreciating times of unavoidable instability as a result of ligamentous laxity can be a huge advantage. Structuring harder workouts or training around menses or ovulation may be able to lower your risk for injury. It’s also worth noting that a strong core can help protect you in times of laxity. Be sure to show your pelvic floor, abdominals, and hips some love in your routine.

Shoveling Snow: Protecting Your Low Back 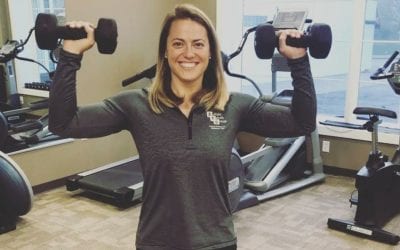 How to Get Healthier, Stronger, and Pain-Free During COVID-19 Isolation and Distancing 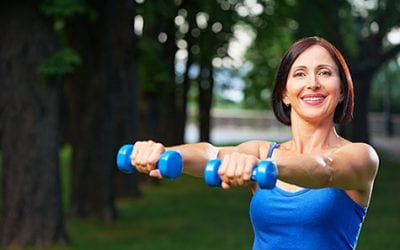 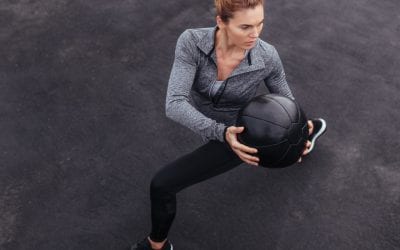 Your schedule is important which is why we have appointments available before and after work hours. Although our clinics have different hours many are open from 7am to 7am, some as early as 6am and as late as 8pm.